Trying to pack a lot into a short visit to Berlin? Here are some ways to use your time wisely.

Stroll along the Kunstmeile – no sniggering: that’s ‘art mile’ in English.
The East Side Gallery comprises a series of works painted by 118 artists from 21 different countries on the longest section of the Berlin Wall still standing. It’s located on the banks of the River Spree in Friedrichshain.
There’s are places to grab a drink and bite to eat nearby – including currywurst, if you enjoy such ghastly food.
East Side Gallery
Mühlenstraße, 10243 Berlin.
http://www.eastsidegallery-berlin.de

The iconic department store KaDeWe, which opened in 1907 and gets a name check in David Bowie’s Where Are We Now?, has the usual range of high-end clothes, luggage and cosmetics.
But head up to the 6th and 7th floors which are dedicated to food and drink.
A slice of exquisite cake (in my case, a raspberry and buttercream confection) washed down with a glass of fizz is a fine way to round-off an afternoon’s sightseeing or shopping
KaDeWe
Tauentzienstraße 21-24, 10789 Berlin.
http://www.kadewe.de/en/home_english/

Industry Standard’s hard to spot in an unpicturesque part of Berlin but well worth seeking out. Look for a large open plan kitchen.
This is some of the most interesting food I’ve eaten this year- small plates of re-imagined bistro dishes cooked with a great deal of skill and flair.
Beef tartar bound together with a marjoram and egg emulsion served with straw fries was a beautiful dish, but was outshone by a simple combo of wild mushrooms, egg and lardo…a kind of reinvented fried breakfast
Industry Standard
Sonnenallee 83, 12045 Berlin.
http://www.industry-standard.de 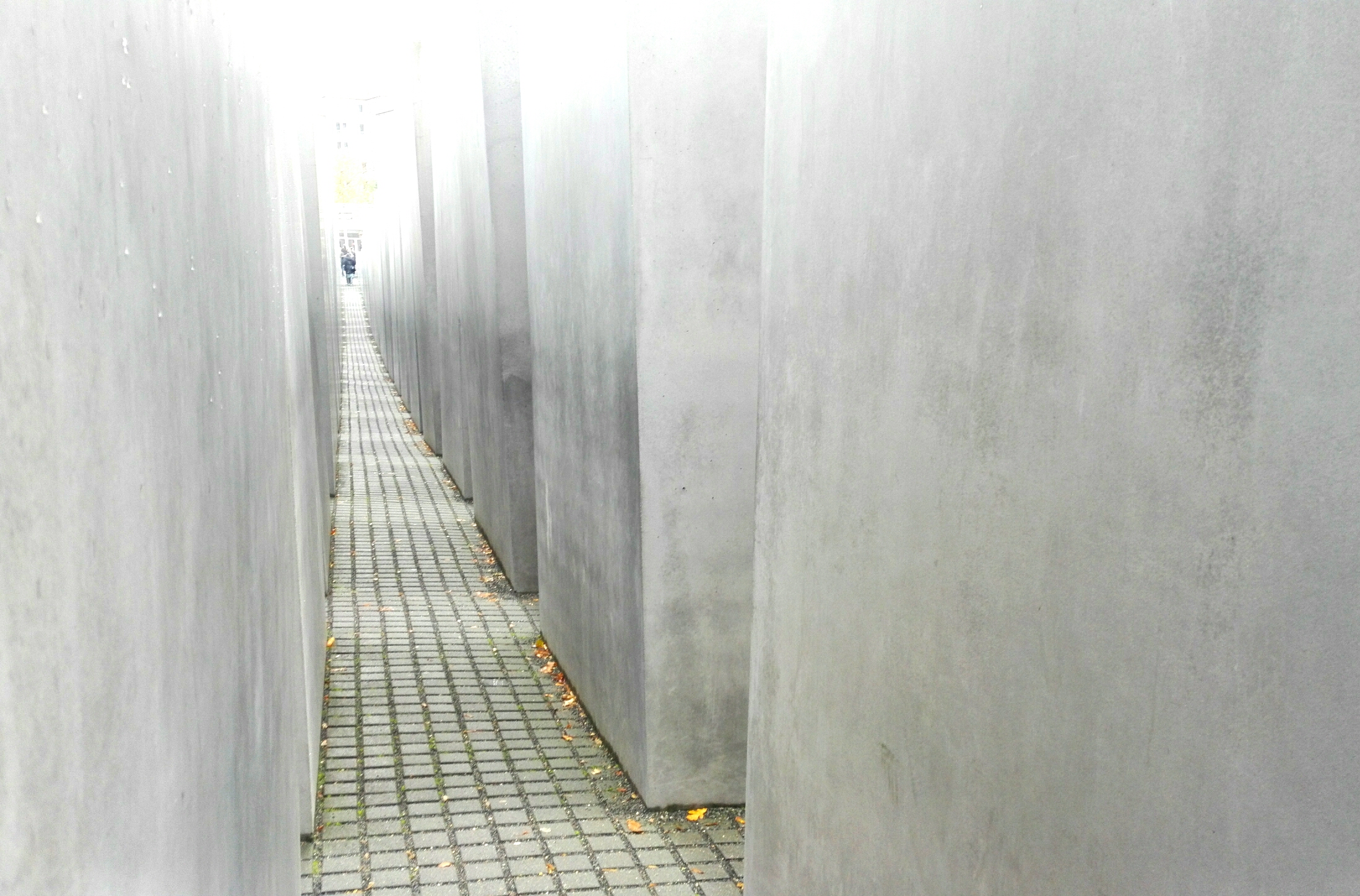 The Holocaust Memorial is situated close to the Brandenburg Gate and is a somber, unsettling space created by the New York based architect Peter Eisenmann.
Wander around the grid of concrete pillars of various heights and reflect on the fate of the millions of victims they commemorate.
If you have time, travel across town to Lindenstraße to visit the Jewish Museum, another astonishingly moving space.
Holocaust memorial
Cora-Berliner-Straße 1, 10117 Berlin.
http://www.visitberlin.de/en/spot/memorial-to-the-murdered-jews-of-europe